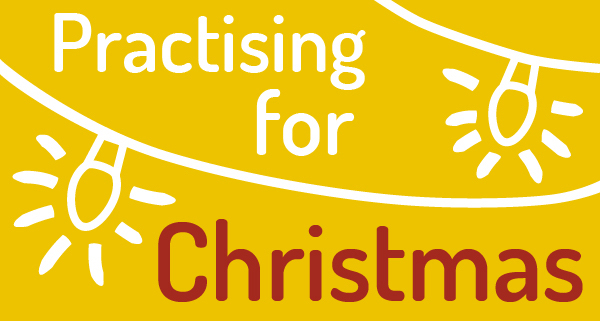 When the angels had left them and gone into heaven, the shepherds said to one another, “Let’s go to Bethlehem and see this thing that has happened, which the Lord has told us about.”

So they hurried off and found Mary and Joseph, and the baby, who was lying in the manger. When they had seen him, they spread the word concerning what had been told them about this child, and all who heard it were amazed at what the shepherds said to them. But Mary treasured up all these things and pondered them in her heart. The shepherds returned, glorifying and praising God for all the things they had heard and seen, which were just as they had been told.

On the eighth day, when it was time to circumcise the child, he was named Jesus, the name the angel had given him before he was conceived.

The Shepherds, the Magi and representatives of the animal community all ‘found Mary and Joseph and the baby, who was lying in the manger’ (Luke 2:16). That’s about as much information we get, but it’s all we need.

Mary and Joseph had their ups and downs on the way, and Joseph would have jumped ship had God not stepped in, but they get there, as one, in the end (or is it in the beginning?).

There’s a variety of practices, which combine to build a strong foundation of faithfulness into our lives. Plus we’ve been taking a glimpse at many practices during Advent so far, which taken together can sound like a training program for the marathon. However, in truth, that’s not what brought Mary and Joseph to Bethlehem, nor what brought them to the oneness between the two of them, in spite of what everyone else must have thought. Neither was it what enabled them to keep the baby Jesus safe from death during his early months, or as refugees to the safe haven of another land. This was all down to grace … the pure, unadulterated grace of God.

If it’s all down to the grace of God, where do we come in and how on earth can we practice? Start today. Grab five minutes peace amidst the activity of the coming days and thank God from the bottom of your heart, for getting you here. Then pray this prayer and mean it!

Nigel is Regional Team Leader of the West of England Baptist Network. He facilitates the life of the webnet team and oversees the missional strategy for the region. He also works to develop missional strategy over a wider geographical area with our partner Associations and Baptists Together. Nigel believes that when Jesus sent out seventy-two others, he meant everyone who was there, and this passion to help everyone find their way in the mission of God is what inspired the development of Seventy-two.