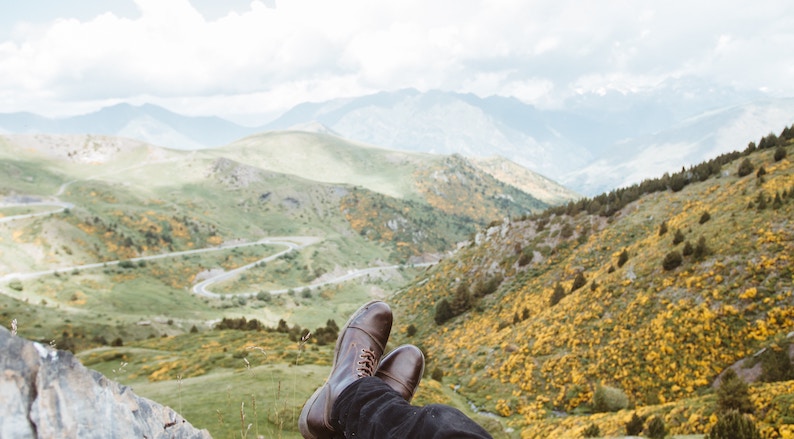 What would you say to your younger self about some of the challenges and delights of ministry?

In his latest book ‘Letters to a Young Pastor’ Ian Stackhouse returns to the art of letter writing, to capture and share something of what God has shown him over the last 25+ years of pastoral ministry with a young mentee called Timothy – and also with us.

We’re delighted to be able to publish one of these letters here at Seventy-two; a reminder and exhortation to us all to ‘Keep Sabbath’:

Thank you for your letter. It sounds like the church is really flourishing under your pastoral leadership; and strange as it sounds, I am also heartened to read of your growing commitment to Mon­day as your day off. I know we have talked about this before, but it seems now that you are committed to making it a very real part of your weekly rhythm. For sure, it’s not exactly original, but you will be surprised how many ministers don’t actually do this. They tell you that they take Saturdays off, but if they are anything like my Saturdays that’s not a day off. Telling people you take a Saturday off is simply a way of deluding yourself into thinking that you’re not a workaholic, when the truth is that most pastors are.

Indeed, I remember speaking at a retreat day for newly quali­fied ministers. I was talking about the importance of keeping Sab­bath. In the response time afterwards, a female minister confessed to the assembled audience that she had not taken a day off for twenty-eight days. Actually, it was less a confession than it was a resignation that her church was so beset by urgencies that Sab­bath was a luxury she could ill afford. So shocked by the depth of her addiction, it was difficult for me to know where to start in my reply, other than to thank her for her honesty. I suspect there were others in that audience who were similarly afflicted, but were not as open about admitting it. However, having thanked her for her honesty, I decided it was time to match her protests with some of my own: in short, that her sense of the urgency of everything, lead­ing as a consequence to her inability to take rest, was nothing short of a betrayal of her vocation, and not about to elicit any sympathy, either from me or from her colleagues. Actually, I kind of proph­esied that if she didn’t do something about her workaholism soon, all I could envisage for her was burn-out. It didn’t need a prophet to say that; it was obvious just from the tiredness on her face.

I have no idea if she did anything about it. My guess is that, like most of us, alas, she learnt the hard way; and in the midst of her breakdown hopefully discovered the sobering if somewhat painful truth that the church survives very well without us. In fact, in some ways it does better. After all, what could be more sapping to the spiritual growth of a church than a pastor drawing everything to themselves? That way lies infantilism: an over-dependence on the pastor rather than a simple reliance on Jesus.

I can’t say I am good at keeping Sabbath. But however much I still need to learn about Sabbath, I can honestly say that without even my paltry attempts to create some punctuation in my week, I simply would not have survived for the length of time that I have. Sabbath has been my mainstay. The sense of freedom that attends my mind when I arrive home late on a Sunday evening is simply bliss, not because I hate my work, but rather because I love my work, and know that Sabbath is how to keep it in healthy suspense.

Should we pastors visit someone on a Monday if a tragedy has struck? Of course we should. There is such a thing as compassion that circumvents all our attempts to create sanity. But once that is taken care of, we return to Sabbath because without it we would simply go mad. I know this much: if I can’t take Sabbath, all the warning lights are on. I know that my refusal to enact this simple commandment indicates that I am taking myself way too seriously.

Eugene Peterson was once asked by an audience what one piece of advice he would pass on to men and women about to en­ter Christian ministry. He replied, in his beautiful gravelly voice: “Oh, that’s simple: keep Sabbath. If you keep Sabbath, I guaran­tee you a long and fruitful ministry. If you don’t, I guarantee you nothing.” For Peterson this means going beyond the idea of sim­ply taking a day off to recharge the batteries—he dismisses that as a “bastard Sabbath”—but rather entering into a day of rest as an anticipation of the great rest we shall all enter in the glory. May your Sabbaths, Timothy, be of that order.

The peace of our Lord

Keep Sabbath is one of 60 reflections on Leadership, Community and the Gospel of Grace in ‘Letters to a Young Pastor’.  Published by Wipf and Stock (click here for a look inside), the book is now available on Amazon.

Ian Stackhouse is the Senior Minister of Millmead Guildford Baptist Church and has been in pastoral ministry overall for nearly thirty years. He is married to Susanna and they have four sons. For relaxation, Ian likes to go walking in the Surrey Hills, reading anything he can put his hands on, writing poetry (not very well), and singing anything from Bruce Springsteen to Bryn Terfel. He and his family are avid supporters of Burnley FC which in recent years has changed from being a crushing burden into something a blessing.