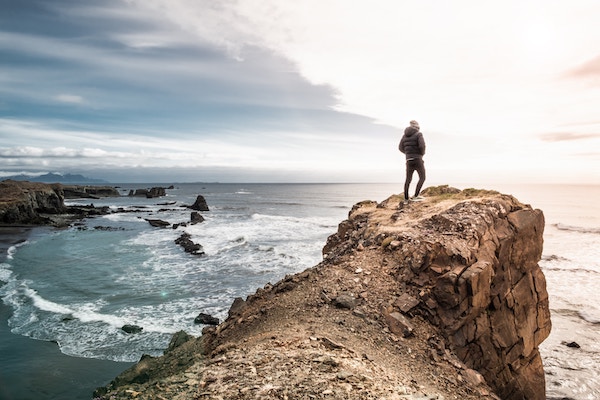 As the general election approaches Boris Johnson has a problem: people don’t trust him. This is not a party-political point. All the leaders of the main parties are distrusted to some degree or other. As BBC deputy political editor John Pienaar has said, this is an election of both ‘flamboyant pledges’ and a rising ‘tide of public distrust’.[1]

We shouldn’t be surprised at this because we know that we’re not really trustworthy either. We have a tendency to over promise and then find that we can’t deliver. And often we fail to tell the truth for all manner of reasons, for example pride, insecurity or carelessness. We don’t know who we can trust and – in our better moments – we recognise we are part of the problem.

Wonderfully, Christian disciples follow the one who is rock-solid reliable. At a time of great turbulence and uncertainty, Jesus said to his followers:

Don’t let your hearts be troubled. Trust in God, and trust also in me. There is more than enough room in my Father’s home. If this were not so, would I have told you that I am going to prepare a place for you? (John 14.1-2 NLT)

In the midst of uncertainty, Christian disciples can trust in Jesus, the Son of God. We rely on his character and his word, knowing that whatever befalls us as we journey through life he will have the last word, and that word is salvation. While others trust in ‘princes’ we ultimately put our faith in the one who has the title Prince of Peace. Generals, politicians and scientists will often let us down. But we know who we can trust.

In turbulent times we need to hear this. Christian disciples have a security in God which remains whatever the election result, whoever is Prime Minister, whatever happens about Brexit, whatever promises are broken. We can rest in him.

Is this merely to withdraw from the rough and tumble world, from all the uncertainty and chaos? A retreat into comfortable words and pious hopes when our world desperately needs disciples to engage with all the brokenness and pain? Not at all. In fact, if we really understand this, the opposite is true. If our security is in Christ and our hope is in God we are freed from the shackles of fear to live faithfully and creatively for him, in politics and in everything else. We will be willing to be vulnerable, offering love and hope in difficult places. We can do this precisely because we have an unswerving trust in God who holds our present and our future in his hands. And because, unlike Generals, politicians, scientists and indeed ourselves, we know he will never let us down.