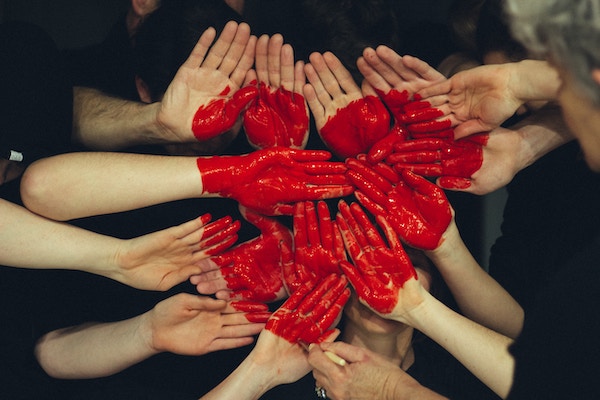 I am writing this just a few days before Polling in the 2019 election campaign. While many issues have been discussed, from the NHS, to Brexit and the Environment, there is one overarching issue that has been at the heart of the campaign; Truth. And more importantly who can we trust with the truth?

In some ways the election has been marred not by a search for truth, but an idea that we are happy to put aside what we know to be true, if it does not fit our political leanings. Yet we live in a world where truth and fake seem to merge, where if you don’t like something you call it fake news, and that seems to be the silver bullet in our discourse. Truth it seems, is a relative concept.

Jesus of course proclaimed that he was the way, the truth and the life, and Christians have often described the Gospel not just as true but as truth. So in a society that seems to see truth as a liquid rather than a solid, how do we proclaim a Gospel into that culture?

When cross-examining Jesus, Pilate famously asked “what is truth?”. In many ways this is still the big question we in churches have to answer. But I think we are going about it fundamentally in the wrong way. Since the Enlightenment we have spent our time as churches trying to prove God to be true. While this is an important exercise, particularly in an increasingly secular culture, it is an exercise that most people are ambivalent to.

I think this is why we have lost our way, in particular in working class cultures. While apologetics may enable some very highly educated folk to argue about the existence or non-existence of God, and whether Jesus did or don’t walk the earth, it leaves most people utterly cold. We have placed far too much weight on apologetics, and in the process, we have left the people who Jesus was first proclaimed to; the poor, the isolated, the powerless and the marginalised, behind. They really don’t care if God is or isn’t true, they have more basic needs to be met, like heating, eating and getting through the day.

We have made our evangelism not about experiencing the love of God but about empirical truth as to what God is, or as Richard Rohr puts it far better:

“The Spirit within you knows the truth, you slowly intuit the truth (see John14:6), and faith allows us to finally and fully grasp the truth – which cannot be proven only experienced”

So how do we allow people to experience God? Well that for me is not about getting people to come to a big tent or music venue, and playing the latest “Christian” hit and get a cool, latte drinking pastor (I drink lattes by the way!) to hit them with a message about who God is, which is all utterly fake. Instead it is about people seeing God work in their lives, in their communities through the love and service of a local, loving Christian community (sometimes called the church).

So what does truth look like, what is truth? It is Christians living downwardly mobile lives, by living, working and worshipping in the places that nobody else chooses to go. It is by feeding, clothing and housing people. That is the Truth!

20 years ago Michael Shaw was the UK Marketing Manager for a large multinational software company, with a house in Surrey. He gave it all up to live by faith and is now a Baptist Minister in Devonport, one of the most deprived areas of the South-West of England.

Greek to the Greeks

Where Will Revival Begin?