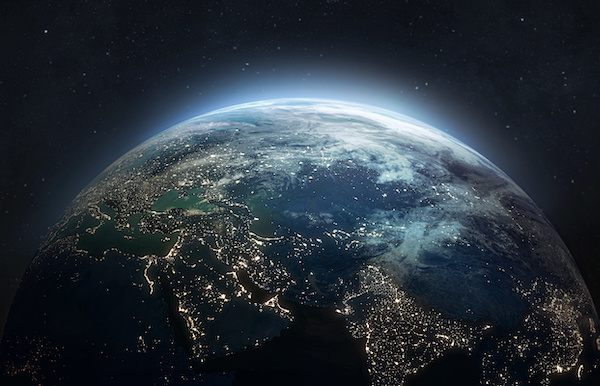 Take another look at David Attenborough’s closing message from the Blue Planet episode, which catapulted our response to the climate change emergency from a nodding awareness into action. It’s only 49 seconds long:

Only two years on, we’re getting more familiar with words like ‘crisis’ and ‘emergency’. In 2019 the UK Parliament declared a climate change emergency. To date, this strategy used by governments and scientists to acknowledge that humanity is in a climate emergency has been declared by over 1400 local governments in 28 countries.

Once a government makes a declaration the next step for the declaring government to set priorities to mitigate climate change, prior to ultimately entering a state of emergency or equivalent. In declaring a climate emergency, a government admits that global warming exists and that the measures taken up to this point are not enough to limit the changes brought by it. The decision stresses the need for the government and administration to devise measures that try and stop human-caused global warming. (Wikipedia)

There’s no doubt in my mind that this is the number one issue for most people around the globe. It is threatening the whole planet. Nothing new here. Most of us are on board, at least in our minds, even if we need to catch on with our practices and take our individual responsibility more seriously and urgently. I was talking to my friend Carl Smethurst recently, and he pointed out it took a story about a single sea turtle to radically shift public opinion (Episode four of Blue Planet). At this point I’d like to thank David Attenborough who did more for our Seventy-two coffee cup challenge than we could have asked for, for free! At Spring Harvest 2017 people wondered why on earth we were bothered about re-usable coffee cups. At Spring Harvest 2018 (post Blue Planet), everybody was on board.

However, we’re yet to see a comparable shift in our church culture for everybody to get on board with the idea of saving the world – one person at a time.

Save the planet – one coffee cup at a time. Absolutely.

Save the world – one person at a time. Not so sure.

Oh, by the way, most people were OK to ‘save money – one coffee at a time’!

When it comes to the church, I get some pushback when I apply words like ‘crisis’ and ‘emergency’.

We clearly need to look more closely at these figures and pray they won’t become true, but burying our head in the sand won’t prevent the same outcomes if we carry on with business as usual. I believe Max De Pree who says: ‘The first responsibility of a leader is to define reality’ (Leadership is an Art). From my perspective reality tells us that we are in a crisis. The numbers are not my greatest concern, but they are a symptom of a much deeper crisis. My passion is see as many of our churches playing their full part in the missional movement of God, but before we can have a missional movement, we need a discipleship movement and that begins with lives acknowledging Jesus is Lord.

*Estimates are on the basis of an average annual figure from the previous three.

Nigel is Regional Team Leader of the West of England Baptist Network. He facilitates the life of the webnet team and oversees the missional strategy for the region. He also works to develop missional strategy over a wider geographical area with our partner Associations and Baptists Together. Nigel believes that when Jesus sent out seventy-two others, he meant everyone who was there, and this passion to help everyone find their way in the mission of God is what inspired the development of Seventy-two.